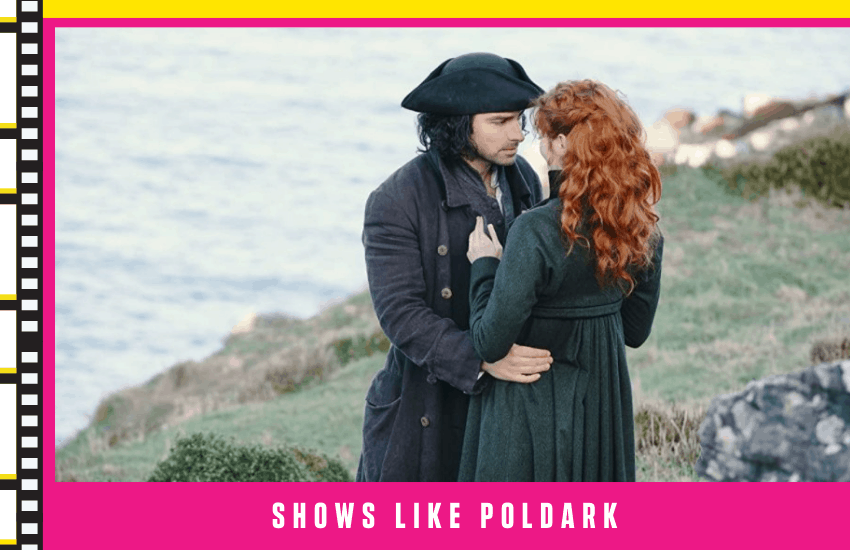 Readers of the British magazine Radio Times voted in 2015 on their favorite small screen moment of the year. The final list included 32 moments, from talent show performances to Doctor Who speeches.

However, the winner was one that had haunted the nation since its very first broadcast: the sight of Aidan Turner mowing a field shirtless in the first season of Poldark.

That scene alone served to launch the series, the second adaptation of Winston Graham's novels, as a fan phenomenon worldwide. Each new season on the BBC is analyzed and commented on every social media platform, and fans are even making their own merchandising (especially wool dolls). 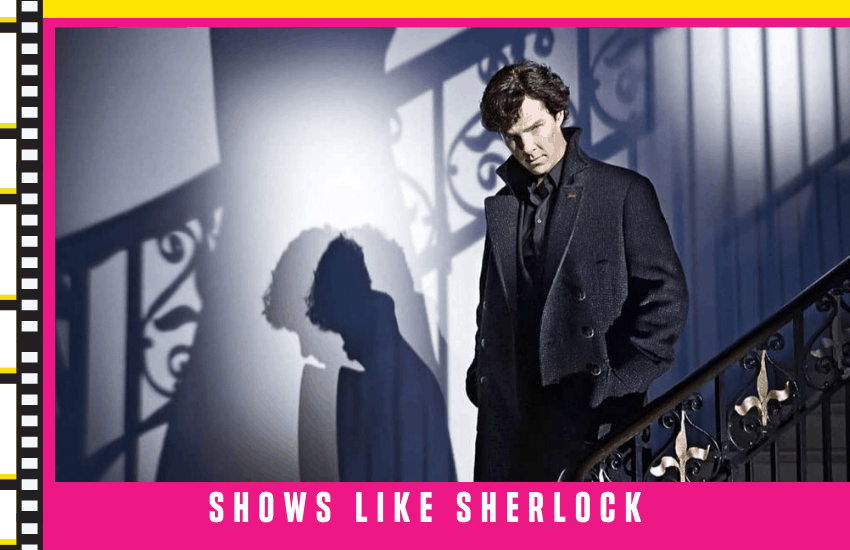 There are dozens of film and television adaptations of the character created by Sir Arthur Conan Doyle in his famous novels and stories about Sherlock Holmes. Coinciding with the 80th anniversary of Conan Doyle's death, the British BBC premiered the series about the detective, but in our modern-day life.

Despite the dates and the doubts raised among fans, its summer premiere was very well received. Here's a brief review, and also some shows you'll appreciate once you've finished Sherlock.

After the BBC decided not to broadcast the pilot because it wasn't good enough and demanding changes in the next three episodes' scripts, things were 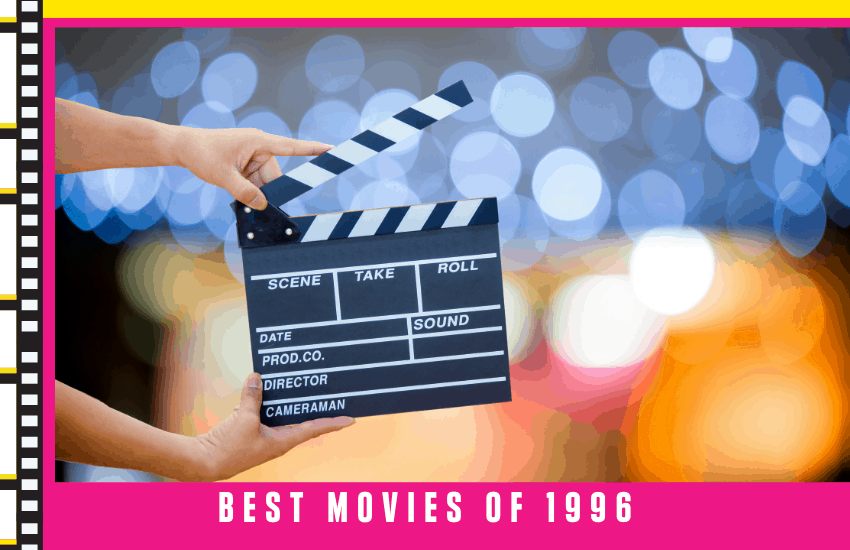 Although sometimes you might find it hard to believe, this year marks 25 years since some of the gigantic film classics featured below. It has been 25 long years since we last saw the date 1996. And although it may still seem like a remote year, the truth is that since then, there has been an incredible flood of films, even if they are now not as enjoyable to watch as they used to be. That's why we want to throw you back in time and show you, month by month, which were the best films of 1996.

<
Continue Reading The Best Movies of 1996 You Must Watch 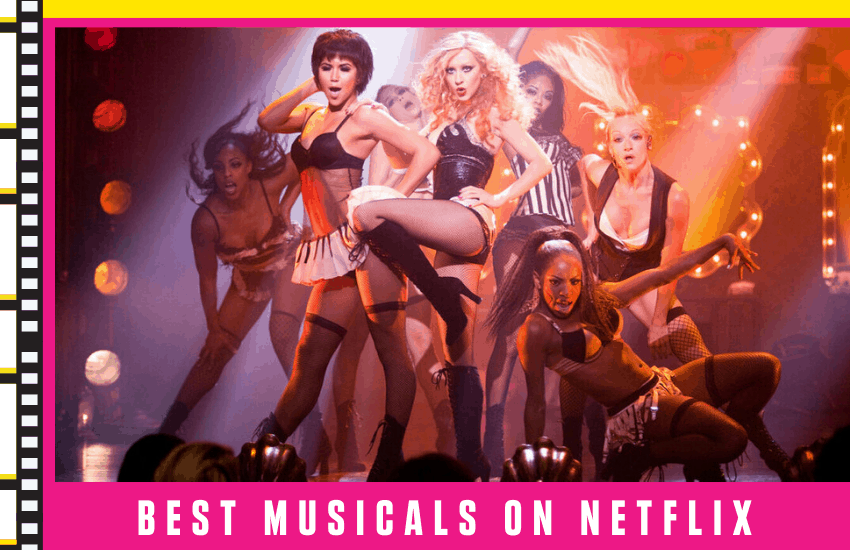 We all know that Netflix still reigns supreme among on-demand streaming platforms. New ones may be emerging day in and day out, but the red N logo remains strong and continues to stand out in various genres, such as musicals. That's why we want to bring you the best musicals you can find on Netflix. The only thing we warn you beforehand is that your neighbors better want to hear you sing (or sing with you).

Without further ado, these are the best musicals you can enjoy on Netflix in 2021. Get your voice warmed up and throw yourself into your favorite songs!

<
Continue Reading Best Musicals on Netflix You Will Love 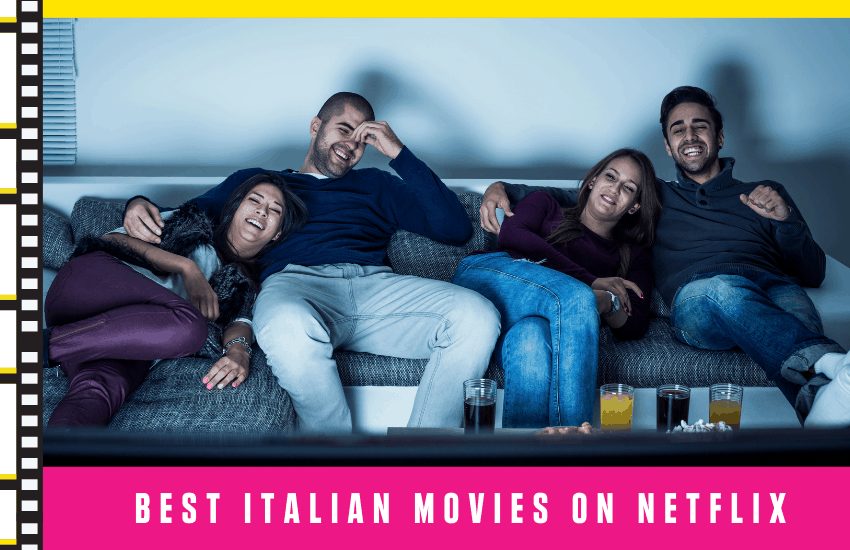 Italy, one of the most severely affected by the coronavirus pandemic, has a long and beautiful cinematographic tradition that spans from popular comedy to the sophisticated style of a large group of directors whose personal mark is truly indelible: Vittorio De Sica, Pier Paolo Pasolini, Federico Fellini, Ettore Scola, Michelangelo Antonioni, Bernardo Bertolucci. Here is a small but varied selection of films from Italy on Netflix in 2021.

Italy's contribution to cinema goes beyond names, beyond the contribution of actors and directors, and currents. Celluloid without Italy cannot be understood.

Therefore, don't expect obvious flicks on this list like "La Vita é Bella" (Life is Beautiful) or The Godfather, since that's not even an Italian movie! Here's a brief 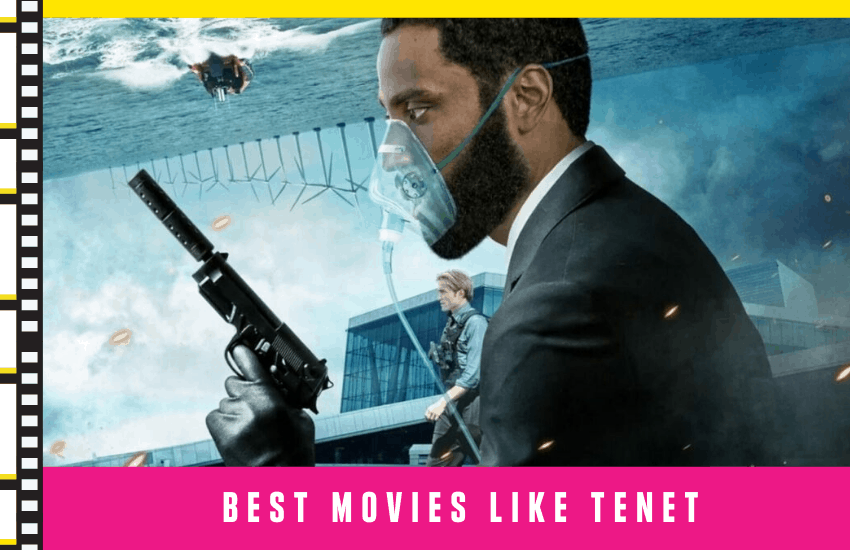 Tenet was a nice dramatization of the last year we've had, in which the difficulty is in finding the underlying beauty. But once you understand it, it's magnificent. At least the movie! And that's why we want to bring you not only the most intriguing insights on Tenet but on top of that, we have the films that best match Christopher Nolan's (confusing) masterpiece.

With ten feature films under his belt as the man in charge - eleven if we count this one - Christopher Nolan has transcended the term "director" to be classified as an "auteur" on his own merits. An adjective linked, among other things, to specific guidelines, obsessions, and signs of ident 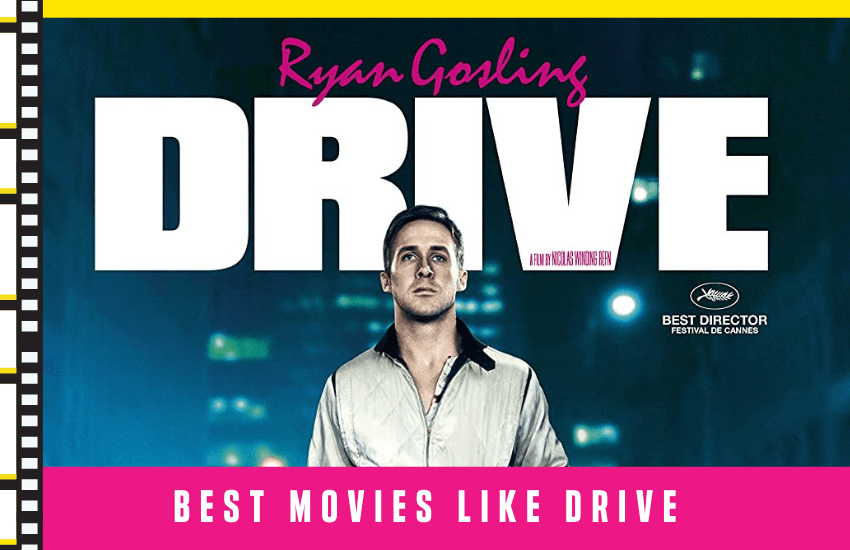 A Lynchian descended aesthetic in its static delirium of saturated colors, and hieratic faces reach expressive psychological scrutiny. We are talking about Drive, and along with its analysis, we will bring you our best recommendations that drive into the sunset and our beloved film.

Nicolas Winding Refn's Drive was one of the most celebrated films of 2011. The critics at the time surrendered to this American-made film that told the story of a mechanic ( Continue Reading Best Movies Like Drive: Our Top List 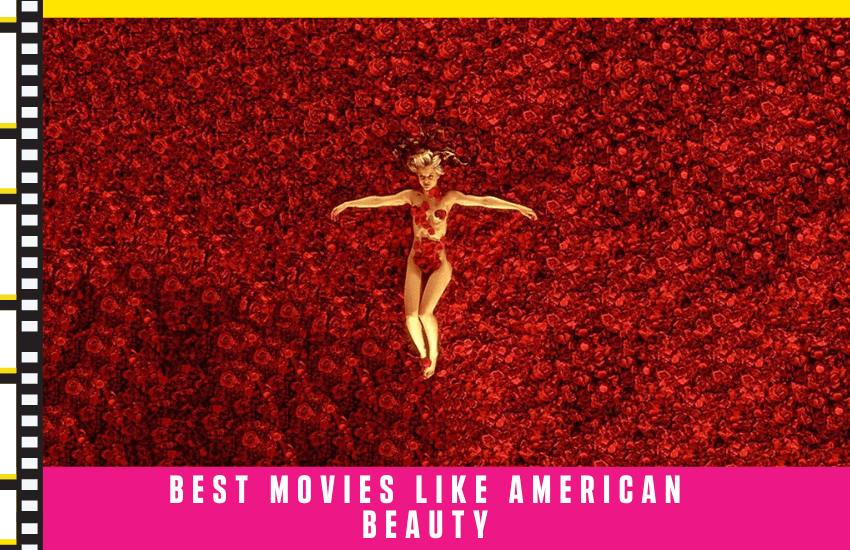 American Beauty was Sam Mendes and Alan Ball's cinematic masterpiece, starring Kevin Spacey and Annette Bening. Let's take a look at this 90s tragicomedy that dismantles the American Way of Life. Plus, there are a few tasty recommendations here that are similar to American Beauty.

The 1990s were undoubtedly Kevin Spacey's decade. After having seen him in films such as Seven, and after delighting us with titles such as The Usual Suspects, L.A. Confidential, and Continue Reading Best Movies Like American Beauty 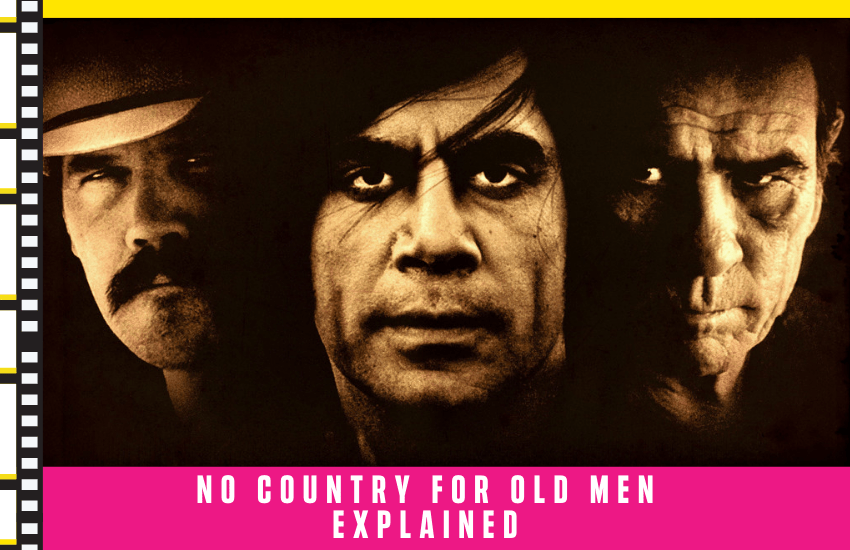 That's the beginning that raises questions about everything that unfolds in No Country For Old Men. Here we'll explain exactly what the Coen brothers' film is all about.

No Country for Old Men was also the reconciliation with one of the most infallible filmmakers, after a couple of inferior films and the discovery

Continue Reading No Country for Old Men Explained: All You Need to Know 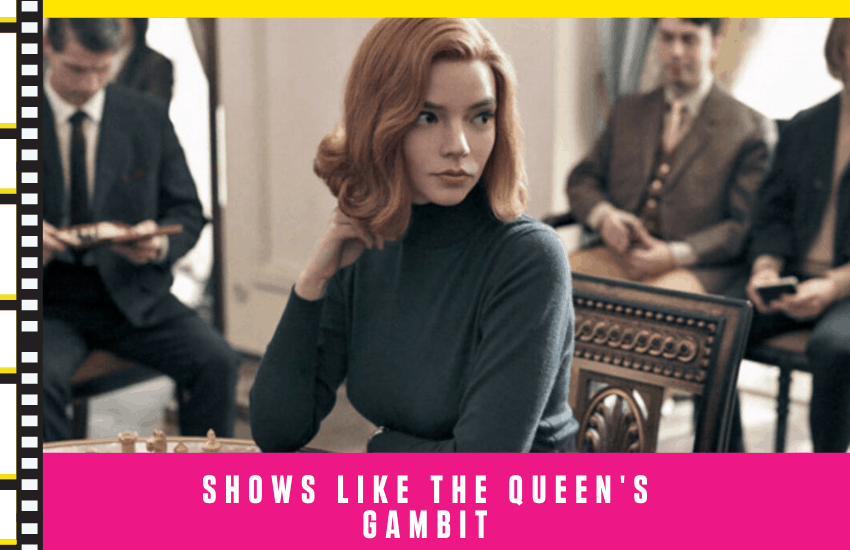 Netflix releases with such carelessness some of its series that, when these turn out to be more than correct products, it almost makes you angry to see how the suspicious algorithm of the platform suddenly endorses it.

This has happened with The Queen’s Gambit, the miniseries based on Walter Tevis’ novel, which arrived in the catalog last October without much hype and is now among the illustrious top 10 of the catalog. Let's have a closer look at the show and don't miss out on our recommendations!

If you ask me, I don't really know how to play chess. Well, yes and no. I mean, I know the rules and I know how to play but designing a strategy eludes me. And with The Queen's Gambit, a superb period miniseries from Netflix, I admit that it makes me want to lea