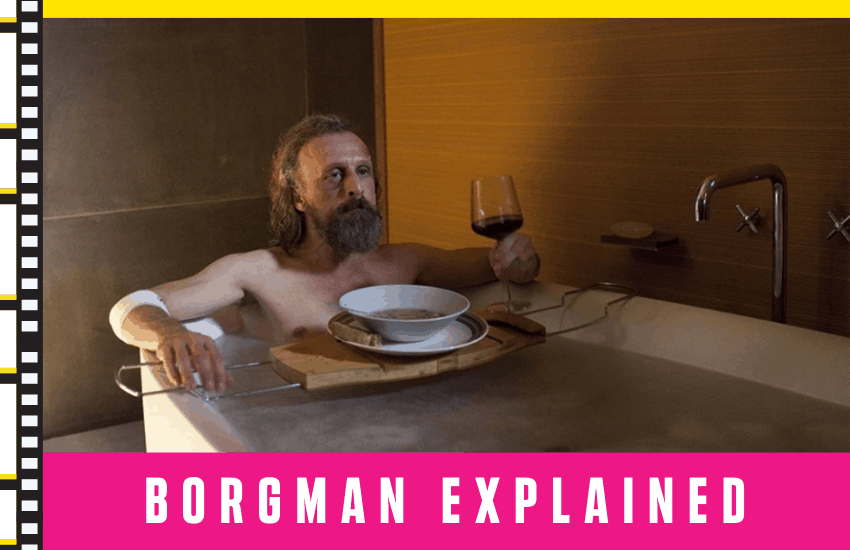 Borgman (2013) is one interesting movie the requires a deep dive, despite the fact that its charm lies in it's cynical and cryptic plotlines. However, the biggest issue with Borgman is that it's too confusing for the casual viewer - almost like it's too smart for its own good. Although pitch-black domestic comedies like these help distinguish this disturbing film from the rest of Amazon Prime's catalog, I wanted to analyze this movie more in-depth to see what it was actually trying to say, instead of accepting it for what it was - puzzling. 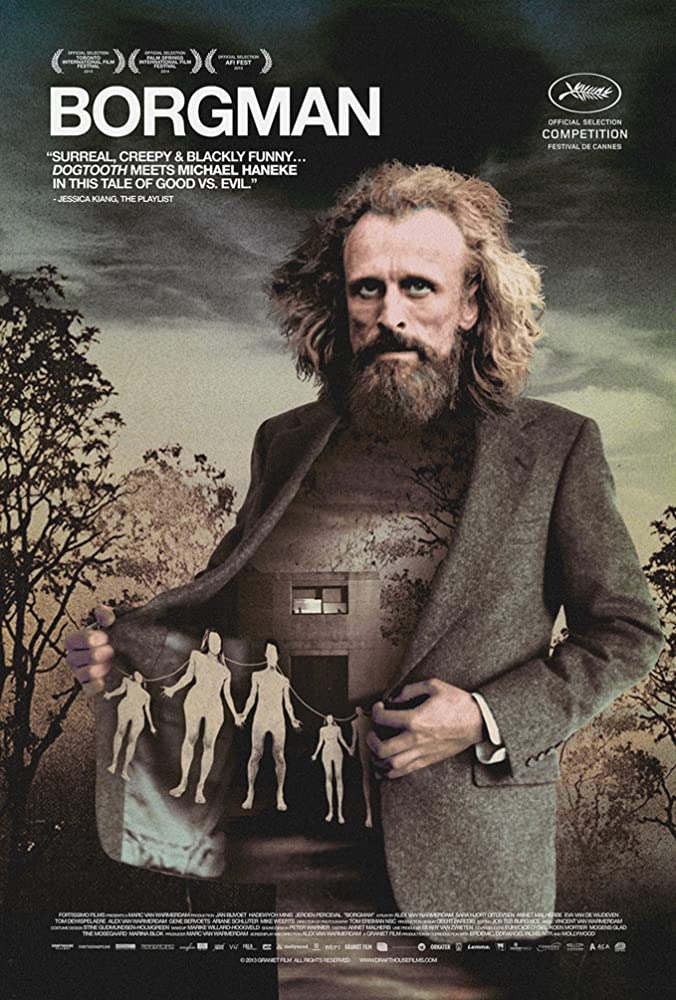 History of Borgman and Its Director

While it's true you don't need to think too hard about European history or recent European cinema to find out where Alex van Warmerdam is coming from when he made Borgman, it's an interesting concept to analyze none-the-less. Western Europe tends to talk about
Continue Reading Borgman Explained – All About The History & Plot 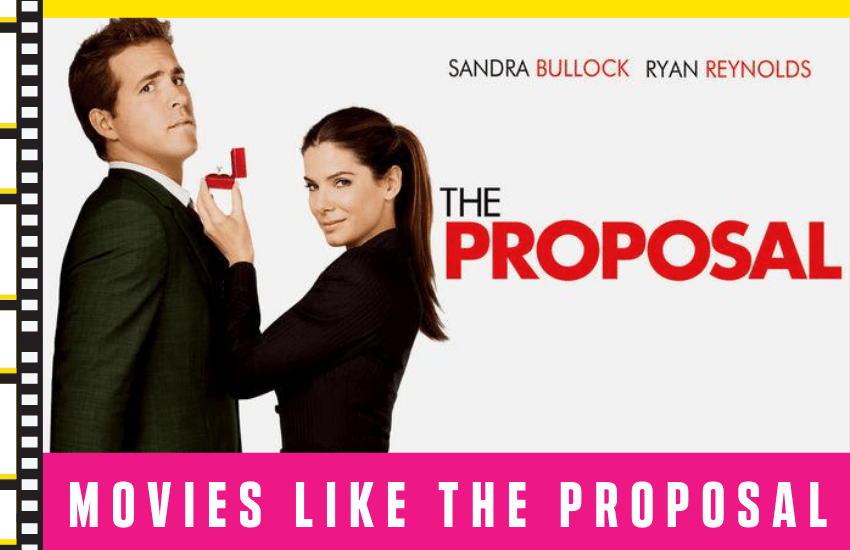 Romantic comedies, or Romcoms, as many affectionately abbreviate, are great feel-good movies that everyone can relax and enjoy. Sandra Bullock is no stranger to starring in romantic comedies, and she has starred opposite plenty of handsome hunks. The Proposal features a successful editing executive, played by Bullock, who consistently looks over her male assistant, played by Ryan Reynolds, for editing jobs. Although he desperately wants to get his works published and feels like she’s his ‘in,’ he remains her loyal assistant through it all. Even when she gets deported. This is where things really get interesting. To stay in the country, she claims he proposed to her, and they have to keep up the ruse with family and friends. As you can imagine, things go south on the wedding day, despite the fact that they’ve, of course, fallen in love. It’s one of the best modern romantic comedies around, with an all-star cast you won’t want to miss. If you’ve seen it, you know h

Continue Reading The Top Movies Like The Proposal That You’ll Love! 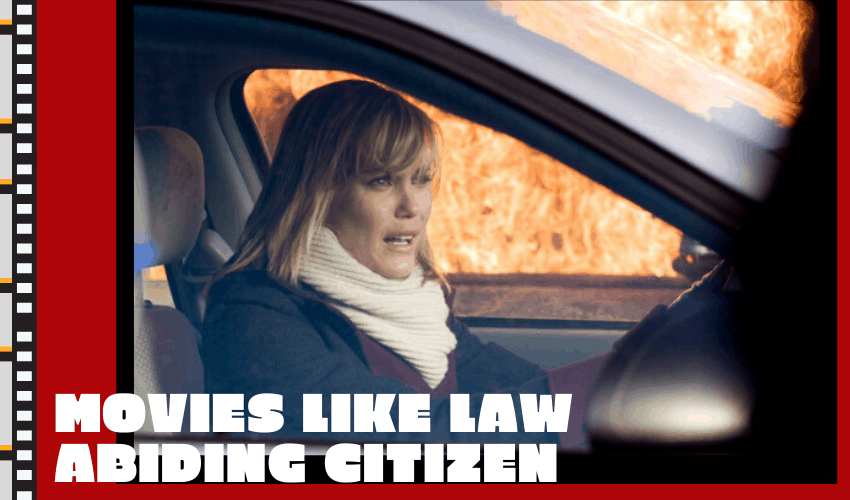 If you’re into movies where the victim takes justice into his own hands to seek out his family’s killer or kidnapper, then chances are, you like the movie Law Abiding Citizen. The movie is a decade old and the concept certainly isn’t new. People who liked Law Abiding Citizen will definitely like quite a few others that have similar premises. 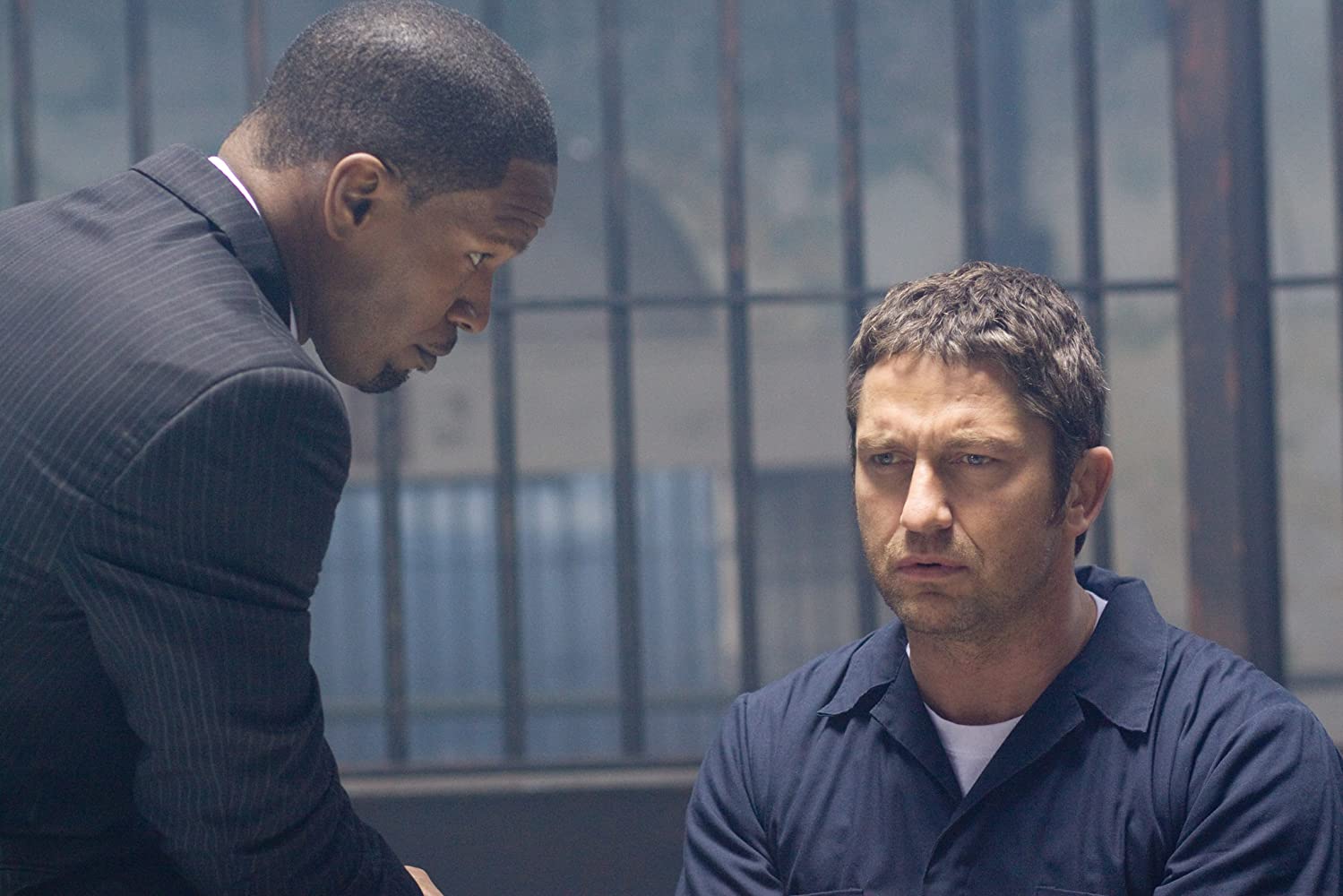 Gerard Butler plays family man, Clyde Shelton. Unfortunately, his wife and daughter are murdered during a home invasion. Hoping for justice doesn’t bode well for Clyde when a prosecutor named Nick Rice, played by Jamie Foxx, makes a deal with one of the men on trial for killing Shelton’s family. In exchange for his testimony, the killer goes free. When the killer is foun
Continue Reading The Movies Like Law Abiding Citizen That You Need to See! 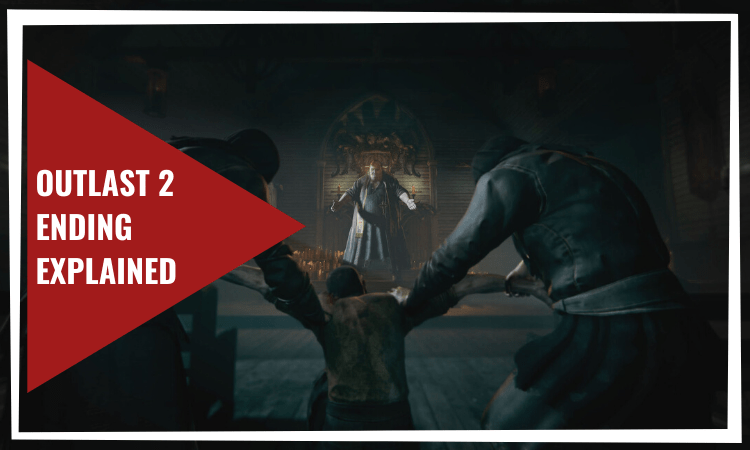 Outlast 2 is, not surprisingly, a sequel to Outlast. Both are psychological horror video games, and the ending of Outlast 2 does a pretty great job of messing with your head. In fact, it was so effective, that I felt like an explanation might be needed. We all finished the game and felt, well, lost. What just happened? That was the end??? Now what? It’s difficult to find closure in a game when you don’t understand the ending, and it makes the suspense even harder to take when waiting for the follow up, if there’s even going to be one. Once you understand the ending of Outlast 2, you may come to appreciate more than you might realize. It’s one of the greatest parts of the entire game. The developers left the story open to a different interpretation by every player who finishes. While you may not have enjoyed the lacking narrative or the horror tropes, you should respect and appreciate the storyline that’s been so 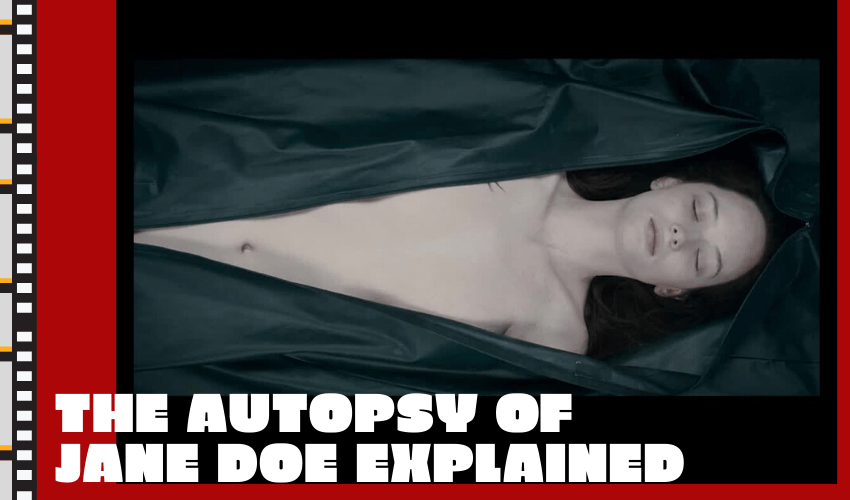 If you’re a horror fan, you might want to check out The Autopsy of Jane Doe. It’s gory, jumpy, and full of scares – but what really happened in this movie? We’ll help you figure it out. Released in 2016, it was directed by Norwegian director André Øvredal (he also directed Trollhunter in 2010). It follows the story of a father-and-son coroner duo, Tommy (played by Brian Cox) and Austin (Emile Hirsch) as they try to piece together what happened to Jane Doe – the perfectly preserved body of a mysterious young woman. Two warnings – this is a very gory film, so the following description of events is similarly gruesome. Also, it goes without saying that there are major spoilers to come. If you want to watch it first, you can find it on Netflix (and if it helps, you can find out how Netflix compares to other streaming services in our guide Continue Reading The Autopsy of Jane Doe Explained – All You Need to Know! 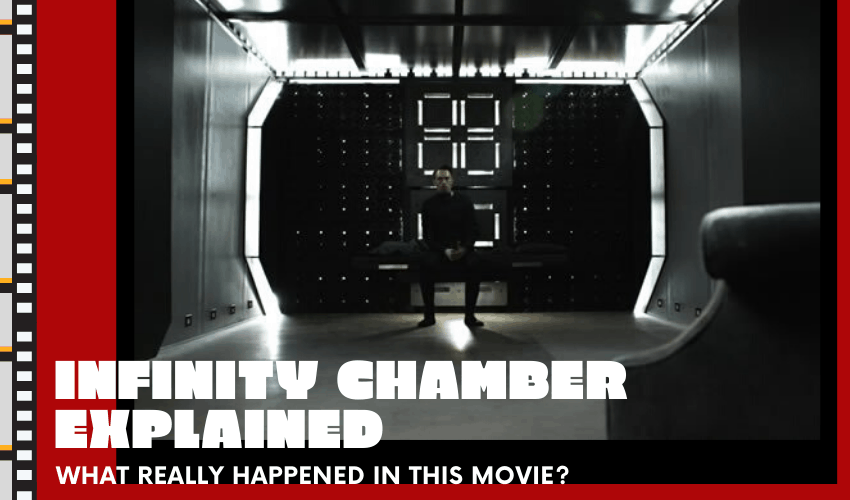 In our Infinity Chamber Explained article, we’ll be looking at the sci-fi film directed by Travis Milloy, released in 2017. The main character, Frank Lerner (Christopher Soren Kelly), is arrested and wakes in a prison cell with a bot named Howard (Jesse D. Arrow). A government agency, the ISN, wants to interrogate Frank using a device that forces him to relive the same day again and again. Frank wants to escape, and what begins as a simple premise turns into a plot filled with unimaginable twists and turns. The film can be interpreted in a few different ways, so we’ll look at the plot and characters before discussing some of those theories. Warning: this is spoiler-heavy, so don’t read it if you haven’t watched it! (If you want more sci-fi movies to watch, try our article on The Best Movies Like Interstellar – there are some gems to try there). 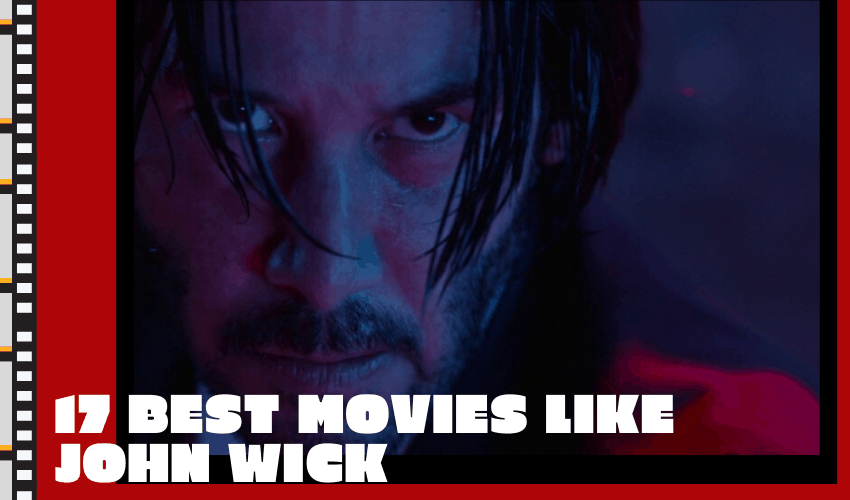 John Wick was a breakout hit in 2014 and spawned multiple sequels, including Chapter 4 set for release in May 2021. The film is a neo-noir action film directed by Chad Stahelshi as his directorial debut - and what a debut it was. John Wick was met with positive reviews by most critics, claiming its one of Keanu Reeves' best performances, and one of the best action films of 2014. We recommend you see the first film before the others because they tell a chronological story. If you haven't seen this film, the story focuses on John Wick (Keanu Reeves) searching for the men who broke into his home, stole his vintage car, and killed his puppy, which was the last gift his wife gave him before she died. Not only is the story gripping, but the action and direction are so fantastic that you can see every scene perfectly. It's all too common for directors to film action scenes that are blurry and unfocused, but Chad Stahelski has a talent for portraying these scenes perfectly. For this l

Continue Reading The 17 Best Movies Like John Wick You Should Definitely See! 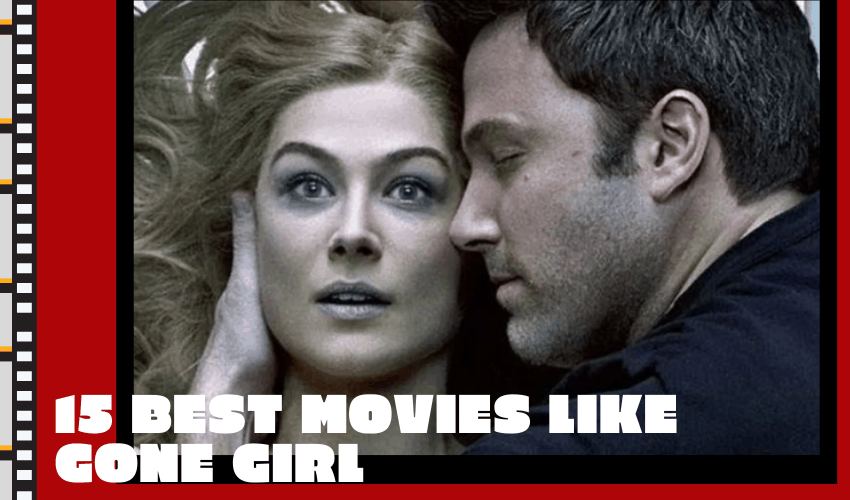 Gone Girl was one of the best movies to hit the screens in 2014. If you haven't seen it, we suggest you do it. The film is an American psychological thriller directed by David Fincher, with a screenplay by Gillian Flynn, based on her 2012 novel of the same title. Set in Missouri, the story begins as a mystery following the events surrounding the character Nick Dunne, who becomes a suspect in the disappearance of his wife, Amy. It was nominated for multiple awards, destroyed it's box office prediction, and has a fantastic soundtrack done by Nine Inch Nails, Trent Reznor. We won't spoil the ending for you, but if you have seen this fantastic piece of cinema, you probably like twists, horror, or thrillers with character-driven plots. For this list, we look at the best movies that you would enjoy if you liked Gone Girl. We'll do our best to keep everything spoiler-free, but to recommend them, we may need to go in-depth with some of the films. 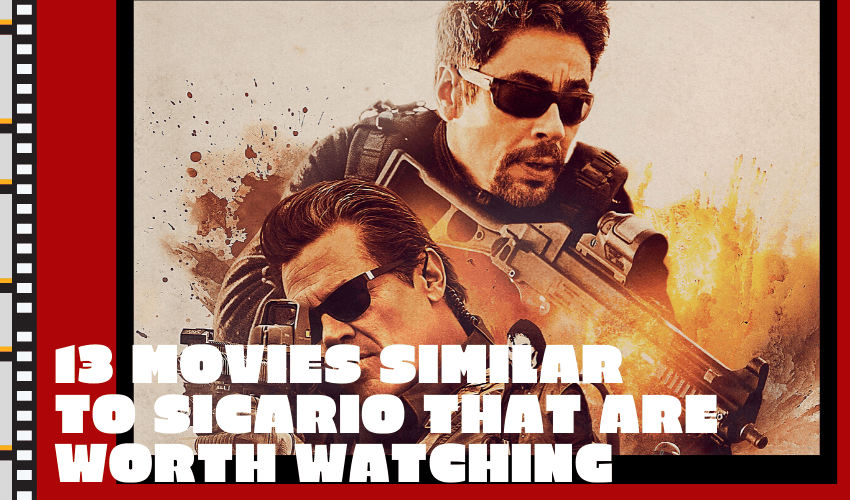 While streaming Sicario from Amazon, I learned a couple of things.   If I am visiting Mexico and someone mentions to me the word “sicario”, I should immediately turn the other… 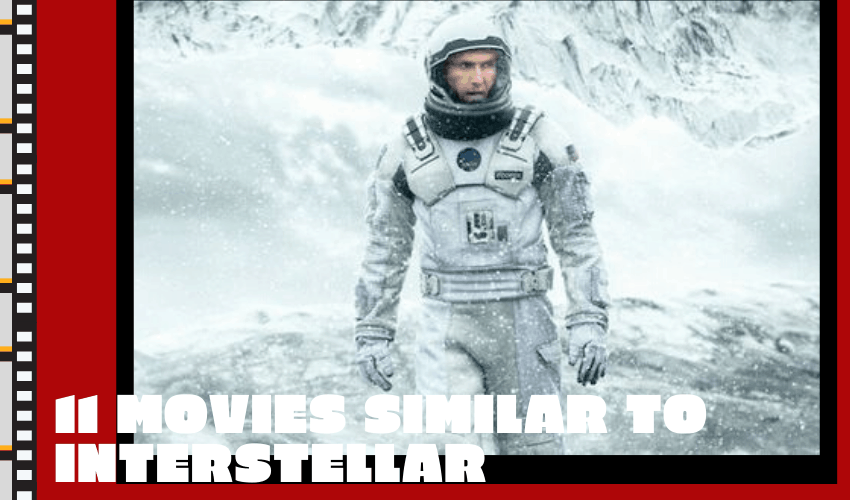 If you're a fan of Sci-Fi and haven't been living under a rock for the past decade, then you definitely have seen Interstellar. One of Christopher Nolan's most ambitious and charismatic movies.…